The Story of Summer Snow

Have you ever wondered, if there was ever a "Perfect Tree" which one would it be? For the answer we need to look back in time. Nature has already given us the perfect answer!

Listen to The Story of Summer Snow

Read The Story of Summer Snow

Read Dream Big | A Vision for the Future

Read The Back Story of Summer Snow

Scroll down to the Footnotes

Listen to the Story of Summer Snow

Let us take a journey back in time to explore our world.

Imagine we were frontiersman, Daniel Boone, blazing trails across the vast wilderness, and thick forests, of the Appalachian Mountain region of America. One might wonder, how did he survive?

Well, he didn't need to dig up roots and munch on twigs to sustain himself. The bounty of nature was so rich, Daniel Boone, who was not highly educated, could go almost anywhere! He didn't just survive, he thrived in what must have seemed like an endless bounty.

Let us examine an obscure and now (nearly) extinct source of that bounty of riches. To explain why Boone could survive so well we must look at the ecosystem surrounding his world. To set the stage, let us imagine we were Boone,trekking across the area known as the "Cradle of Forestry" in America and we were crossing the Daniel Boone Trail.

Now imagine looking upon the endless vistas of the Blue Ridge Mountains on a midsummer day. It must have been breathtaking to see the mountains covered in "Summer Snow."

We can no longer see that summer snow, so let me explain.

There was a tree growing that produced brilliant white shoots or catkins that made up 4 out of 5 trees growing from what is now Georgia all the way to eastern Canada. Like a sun dial, it signified a hearty bounty was being prepared. It would be ready just before winter set in to "fatten up" and have a storehouse to survive the winter.

That tree, was the American Chestnut!

By late fall the summer snow faded and millions upon millions of the nuts encased in their mahogany looking shells would fall to the ground. Wildlife feasted on the protein rich nuts and stored them away as a valuable food source. If more were needed, the bounty was so plentiful, it is said they could be scooped up by the shovel full. With 4 out of every 5 trees an American Chestnut it was an endless source of sustenance.

So while, squirrel, deer, rabbit, chipmunk and many other animals enjoyed the sweet cashew like nut - man soon discovered it was quite tasty. As man discovered, what the animals instinctively knew was a good food source, there was suddenly an economic benefit for raising livestock and the first traces of agribusiness in America.

For livestock they did not need to be shown the food source. You would just let them find it for themselves. Pigs, cows and even horses would fatten up on the same thing the deer and other animals would eat.

As cities began to grow in population the delicacy known to their rural counterparts was introduced as a warm and tasty snack known as "roasted chestnuts." It was a godsend to many who had subsistence incomes and the early pioneers had a new source of income!

These early agribusiness entrepeneurs were quite ingenious. It is said, you could get a bag a roasted chestnuts above the table and a little moonshine under the table, to further enhance the economic benefit and pleasure of the customer.

Soon, roasted chestnuts were available on street corners from Washington, DC to Boston and the popularity grew. In New York City, piping hot chestnuts were sold on nearly every busy corner. It soon became the subject of songs reminiscent of the season such as "Chestnuts Roasting on an Open Fire." The American Chestnut was now cemented as an important part of American history.

Within a relatively short period of time nearly 4 billion American Chestnut trees died and for all intensive purposes became extinct. The summer snow had disappeared and so had the economic and ecological benefit. Feeding livestock grains like corn was very costly in comparison to letting them free range and source their own food until bellies were full. Rationing corn for livestock was hardly an answer and the loss of new found income hit rural communities in America hard.

Now that this has faded from modern memory we are embarking on another journey to revive a lost part of the American ecosystem!

While many have tried to introduce hybrids of the American Chestnut it was not an exact science that could be replicated to the degree needed to replenish a lost ecosystem.

As America readies a program of reintroduction that will span decades and hopefully many centuries, every American should be excited at the prospect that our children and their children, will once again see the same "Summer Snow" that once mesmerized the likes of Daniel Boone and countless others on the eastern seaboard of North America.

In our next episode, we will tell how our greatest scientists will make this a reality and how you can become a part of rebuilding a lost ecosystem. We will also examine what "the Cradle of Forestry" really means so we can use science and common sense to collectively plan a bright future.


Summer Snow
The Back Story

The motivation behind creating this Internet resource goes back to tales and lore from locals along what is now the Erie Canalway National Heritage Corridor, Oswego River section.

John Grala first learned about the American Chestnut in 1986 from two elderly residents, age 92 and 86 at the time, who had a "sense of urgency and duty" when they came to visit him.

They told tales their fathers had told them about the houses built with the wood, the harvestable bark that shed to be used as tannin for leatherstocking and the musical instruments made from the wood that was resistant to rot and decay while producing vibrant sounding musical instruments.

Then they told him about the scientists from Cornell and the remaining chestnut tree at Old Mrs. Frosty's.

It seemed prudent to protect and preserve the trees since it might take decades of science to reach an inflection point for reintroduction.

Mr. Grala researched the subject and kept up with various initiatives. He took extraordinary steps to observe and document the old "triple trunk" at Mrs. Frosty's.

As nature took it's course, a second and third sprouted into chestnut trees from the big "triple trunk."

The "triple trunk" has long been a subject of speculation since it survived the blight, yet still exhibits signs of the disease that caused the near extinction.

Genetic testing will be performed on the three trees with results expected back in early 2018.

It has always been Mr. Grala's hope the summer snow would return to restore forest biodiversity and yield a positive economic impact across the native range.

National Academy of Sciences, The Potential for Biotechnology to Address Forest Health, Opens in new window“How a Single Gene May Help Save the American Chestnut” by Dr. William Powell, Co-Director of the American Chestnut Research & Restoration Project at the State University of New York College of Environmental Science and Forestry (SUNY-ESF)

(1) The United States Department of Agriculture (USDA) has joined forces with leading scientists at the State University of New York College of Environmental Science and Forestry, the American Chestnut Foundation, institutions of higher education, independent growers and researchers for what amounts to the rebirth of the American Chestnut.

(2) The Digital Deli does not represent the above referenced organizations. We do however support the efforts by these organizations and others to guide the process of reintroduction so the economic and ecological value may once again become an important sustainable resource.

(3) Mr. Grala's version of "The Story of Summer Snow" was crafted after a micro pilot with GT1 (Geospatial Team One) Student and Junior Explorers to assess knowledge transfer, retention and understanding of the subject by our youth.

(4) An Internet Resource will be provisioned at the Digital Deli Innovation Think Tank in the future and as time allows to provide updates and curated links on this important initiative. Check back here for a boarding pass to what the future may hold. 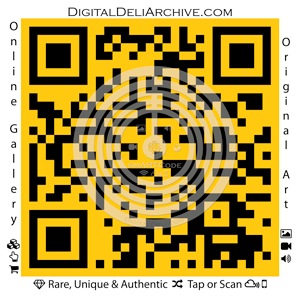